Dorchester Search and Selection has been actively supporting British motor sport since 1995, initially sponsoring the Formula Ford category at Castle Combe in Wiltshire and progressing to supporting our own Formula Ford driven by partner John Hutchinson.
Hire a Caterham R300 Track day Race Car .. Book a full day instruction for one or two people in a Caterham R300 at any circuit of your choice contact:    john@caterham.academy             www.caterham.Academy 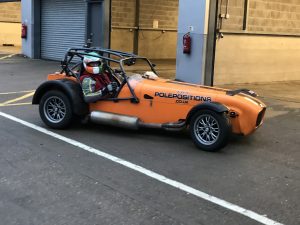 In 2004 John took a year out of competing in motor sport to become a qualified ARDS instructor. In 2005 we were approached by one of our clients  edendevelopments.co.uk  offering sponsorship the car ran at handful of the rounds in preparation for a full on bid in 2006.

2006 Opal Telecom Formula Ford Champions… Championship number 5… With a strong entry of around 50 cars we again came out on top and finishing in strong form winning all 6 of the final rounds. QL Group and Eden Developments  benefited from having full unedited race coverage featuring their winning car beamed to viewers across the UK and Europe n Channel Five and Motors TV with audience viewing figures towards half a million per programme